Pittsburgh is more than welcoming to young professionals seeking remote career opportunities.  With major employers like PNC and US Steel, it makes sense that Pittsburgh is one of the best U.S. cities for jobs and a cost of living well below the national average.  Three top reasons for living Downtown include the desire to live in an urban environment, proximity to work and walkability. 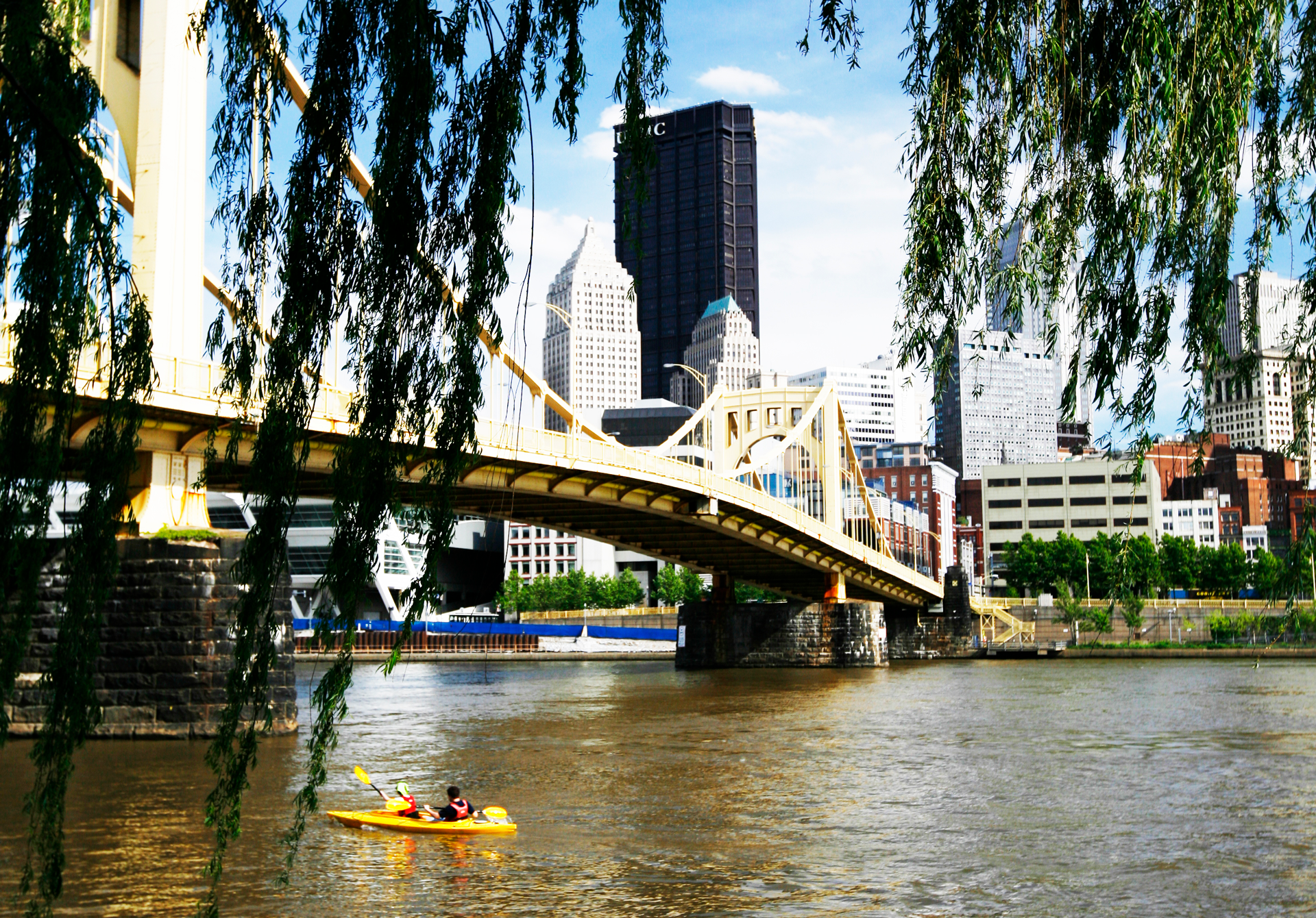 An August 6, 2022 Tribune Review article reported that some 80 large construction projects were underway or in the proposal stages ranging from office space to affordable housing, multi-use retail sites to hotels, apartments, upgrades to existing facilities, and more, with the Strip District leading the way.  “There are a number of apartments emerging in the Strip District,” Darlene Hunter stated.  “Hullett Properties is proposing to build a 179-unit apartment complex at the former lampshade warehouse site at 50 26th Street, a project recently approved by the Pittsburgh Planning Commission.”  She continued that the complex will offer a rich amenity package featuring a pool, lounge and retail shops.  At 2926 Smallman Street, Penrose Advisors is preparing to erect an 84-unit apartment building at an old filling station for gas powered vehicles, with the design phase started in October.  “The newer apartment complexes generally include state-of-the art facilities resembling amenities and services that many home ownership condominiums also provide,” she added.  “One of the newest apartment complexes, Helm on Allegheny, features traditional apartments with inspiring river views, affordable options and co-living neighborhoods.”

Cate Irvin offered that residential growth is a major development focus in the Greater Downtown area, noting that there are more than 9,000 residential units in the Greater Downtown area, with the largest percentage concentrated in the Golden Triangle, followed by the Strip District.  “The majority of available units in the Greater Downtown area are rental apartments, with condominiums making up 15 percent of the existing housing market,” she affirmed.  “Over the past 10 years, we have seen 44 new residential development projects that have welcomed nearly 8,400 new residents to the Greater Downtown, with 23 office-to residential conversions that have breathed new life into some of the Golden Triangle’s beautiful historic buildings.”  She expounded that 6,030 new units are in the pipeline including 1,350 units under construction and another 4,680 planned or conceptualized.  Among the projects in the pipeline is the Brickworks, a highly anticipated development on vacant property located at Smallman Street.  Owned by Chicago based McCaffery Interests, this eight-building project will feature 224 apartments and 60 townhouses.  Further, the Pittsburgh Penguin’s plan for the Lower Hill Development that includes Midpoint’s City Edge planned development, will have the Lower Hill adding more than 1,400 new units to the neighborhood over the next several years, Irvin and Schlesinger added.  They also have found that, across the country, cities are grappling with the evolution of their central business districts given the pandemic’s effect on work patterns leading to a decrease in daily downtown activities, a work from home scenario, and shifting commuter patterns.  “Commercial districts with little to no residential presence saw a drastic drop in daily activity, while mixed-use neighborhoods fared much better,” Irvin added.  “The adaptive reuse of older office buildings has been slowly occurring in cities for decades, but the pandemic has accelerated interest and funding for these types of conversions.”  Both also pointed out that many of Pittsburgh’s historic buildings are no longer viable as offices due to the aging infrastructure and decreasing vacancy rates.  “Investments in a mixed-use Downtown will create a more resilient and vibrant city center,” Schlesinger added.  Darlene Hunter is also witnessing this type of conversion, given a demand for “right-sizing” by many buyer profiles for homes in the city where existing buildings and warehouses can be converted affordably into condominium housing units while keeping the historic charm and integrity of the building alive.  A recent example is the 31st Street Lofts, an historic building dating back to 1871, which served as a turn-of-the-century schoolhouse.  “From schoolhouse to ultimately 14 residential apartments, Bonn McSorley is converting these units proudly to luxury condominiums to hit the market in 2023,” she said.  “But, conversion of these types of properties and historic facilities doesn’t come without the challenges of working within the parameters of existing construction and bringing the building up to current city building codes.”  Howard Hanna Real Estate will serve as the marketing team for the 31st Street Lofts project.  She also emphasized that the profile of a renter versus that of a buyer has its differences.  “Those who elect the rental option are often ‘testing the waters’ because they may be unsure of their length of employment, where in the Pittsburgh market they want to settle, or are just not prepared financially to make the home ownership investment,” she explained.  “The beautiful array of rental choices in the city affords a good selection and variety.”  Further, she noted that Pittsburgh’s Innovation District of Oakland is also moving forward with development plans by its anchor institution. An August 6, 2022, Tribune Review article reported that projects in Oakland in the pipeline are running upward to $100 million.  Those projects include university housing, research centers, athletic facility upgrades, and major hospital projects, the largest of which is a UPMC Presbyterian Hospital tower with a $1.5 billion price tag.  Carnegie Mellon University, Carlow University and the University of Pittsburgh also have upcoming projects planned.  As for living space in Oakland, Walnut Capital has proposed a large residential building plan focused on those working in the area or moving there given the level of professional work opportunities rather than student housing.  “Walnut Capital will be developing approximately 13 acres from Forbes Avenue and across the Boulevard of the Allies and Halkett Street for its Oakland Crossing project.  It will be a mixed-use development with a plan for 1,000 residential units,” Hunter added.  One of the project’s goals is providing residential living at market rates for employees of the area’s institutions as well as others working in the area, along with affordable housing.  Proposed plans also encompass wide sidewalks, a small park, retail shops and a grocery store, giving the area a true neighborhood feel.  To date, Walnut Capital is looking toward a potential groundbreaking within the late first quarter of 2023.

Many of the proposed and recent developments are based on current market rates however, affordable housing has risen as a true need throughout Pittsburgh. To meet that need, Mayor Edward Gainey announced the Downtown Pittsburgh Pilot Conversion Project in April 2022, a joint effort among the City of Pittsburgh, the Urban Redevelopment Authority of Pittsburgh (URA), Allegheny County and the Commonwealth of Pennsylvania.  The purpose was to facilitate more office-to-residential building conversions thereby allowing for more housing units, including affordable workforce housing.  This past September, the City of Pittsburgh Planning Commission voted to recommend the approval of this legislation that “would eliminate existing residential density restrictions and streamline the approval of multi-family residential developments in Downtown” according to the Pittsburgh Downtown Partnership.

More Options on the Horizon

Innumerable residential projects have been proposed, are going before the Pittsburgh City Council and others for approvals, or are underway with options for all.  Many are in the Golden Triangle while others, as Darlene Hunter noted, are currently in the planning phases in Pittsburgh’s North Shore and Uptown neighborhoods.  Below are just a few more of the many proposed, helping to continue Pittsburgh’s trend as one of the most livable cities in the nation.

Owned by Oxford Development Co., the property will be part of Oxford’s Three Crossings development and will feature two, new office buildings as part of its mixed-use plan that includes a 300-unit apartment project called The Yard.

Bought by Victrix LLC and includes 254 apartments.  The plan includes retail stores and services on the first floor, a rooftop amenity space, some parking for cars and bicycles.

The former building here held the Sunshine Biscuit Co. and sits near the Polish Hill West area, touching other close sections of town. An RDC Inc. project, Brewer’s Block, as it is known, offers a wide range of amenities such as a rooftop pool and deck, a clubhouse with a lounge, game area and bar, fitness center, yoga room, climbing wall, bicycle and residential storage, dog park and much more.  Following phase one will be a second phase to be completed in 2023.

Owned by DiCicco Development, the company is considering many potential uses for the building including apartments as part of a mixed-use conversion.

Generally speaking, how will continuing development affect the city?  While hard to predict given outside variables such as the economy, population shifts, buyer demands and desires, growth and revitalization can serve to enhance not only the city, but the region.  Darlene Hunter believes that as Pittsburgh continues to grow with projects such as the Oakland expansion, “what else could result but an influx of talent of all varieties from across the country.  Because of the types of technical, scientific and medical opportunities that will emerge, I would think that the 30 to 50 age group would be most attracted to the employment opportunities here.”  Members of the Pittsburgh Downtown Partnership also look toward the repurposing of historic office buildings as a means of building preservation as well as breathing new life into the city.  “Through the preservation and conversion of historic buildings, famous Downtown icons, such as the Kaufmann’s clock, are no longer just welcoming shoppers, they serve as a beacon for new residents calling this building home,” said Irvin.  “With the opening of Target on the ground floor, the building once again welcomes shoppers to the iconic former department store, while the upper floors are home to new residents.  Converting downtown buildings into residences creates a more resilient community, supporting a new mix of retail and services while complementing the office and hotel markets that have thrived in Downtown for generations.”  NH 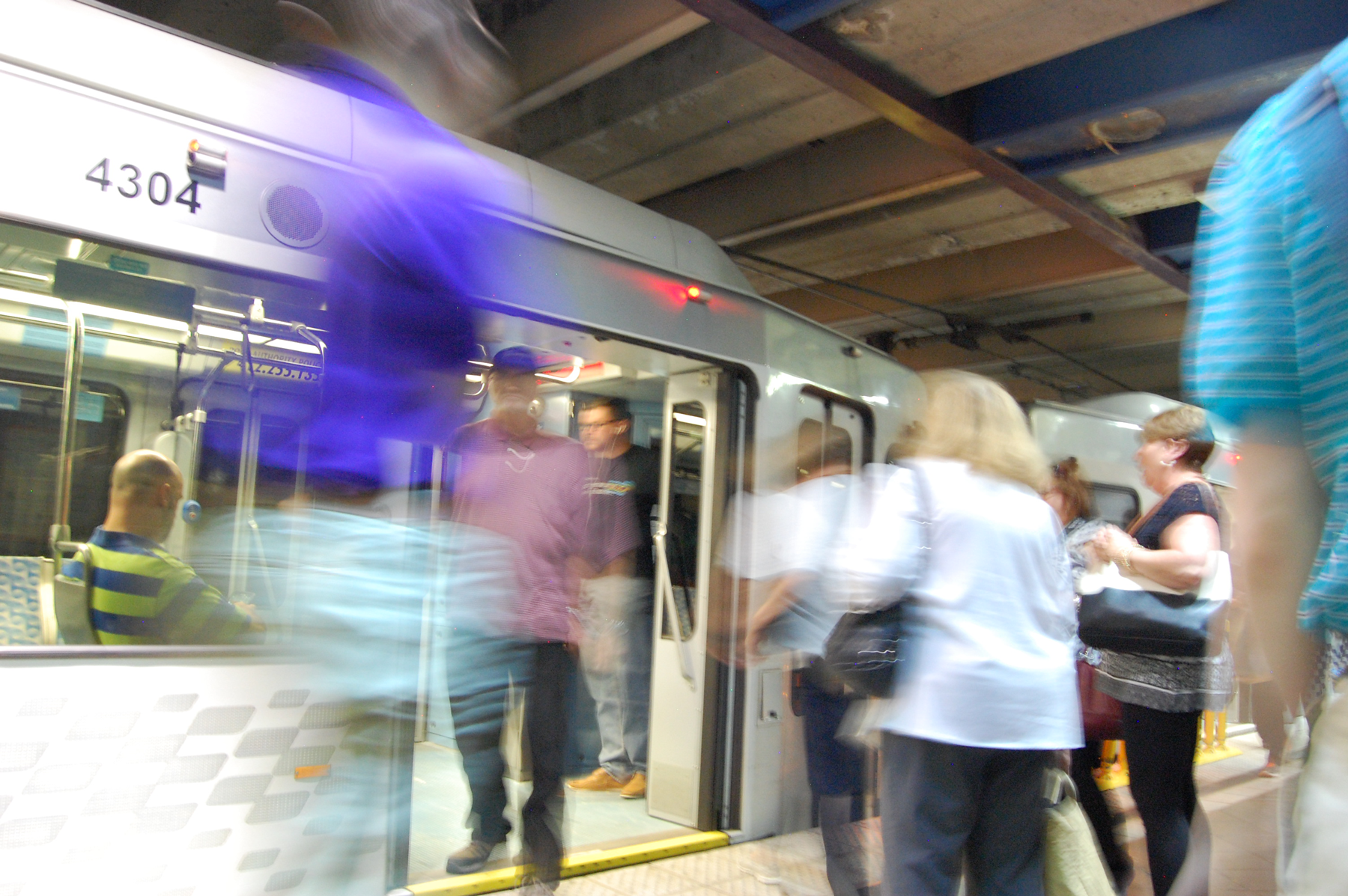